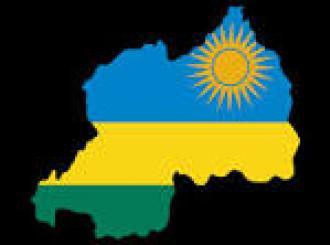 Rwanda national dialogue: How to emulate the best

Rwanda’s National Dialogue is a unique form of participatory democracy that keeps the momentum on the country fascinating two decades of development. Inclusiveness, togetherness, and unity, the topic of December 2014’s Umushyikirano resonated well with transformation
Countries that show resilience in transforming their economies cannot wait for “favourable winds”.  Often, they generate their own winds to sail through, sometimes, stormy weather, in order to change the course of their economic and social history.

Finland seized the opportunity in the global electronics industry and the process of European integration to accomplish a significant structural change of its economy. Finland remained relatively poor and agrarian until post-World War II. At the beginning of the nineteenth century, the semi-autonomous Grand Duchy of Finland, a dependency of the Russian Empire, observed the benefits of industrialization in Britain. Finland was not equipped with the financial, infrastructural or entrepreneurial resources to follow the British example. Through a concerted political process internally and with rulers in St Petersburg a bit distracted, Finland entered into a transformation process from an agrarian to an industrial society despite all odds. This irreversible transformation process was largely due to processed forest products, exporting them, learning by doing and through progressive improvements in the country’s technological knowledge and labour productivity. It created its own winds. Building on this strength it ramped up its ambitions, playing catch-up with most advanced nations.  Pulp and paper became Finland’s rite of passage into global value chains.

The Finish example is worth taking note because nowhere else has the forest sector similarly been the economic engine of a country. Several large forest-based corporations created the basis for even more development, enabling bright young people to acquire education and skills to support the transition from wood to electro-mechanical products (walkman, VCRs,); and later, to digital products (computers, networks, mobile telephones). With its industrial base showing limitations in the 1980s, Finland decided to become an “information society.” Today it has the highest ranked education system in the world!

Nokia is the most emblematic brand in the country, but also a city in Finland. Finish people remember the times when they were wearing the same black Nokia rubber boots that signify finishness in relation to competing brands of lesser quality. The boots got their name from where they were produced, and when the boots company merged with wood processing giants they turned that success into an expanding conglomerate that eventually was the nurse of the electronics giant.

These days Nokia is in trouble but its past success is at the root of Finland remarkable achievements.  As inspiring for Rwanda as a country like Finland may be, with less population, and a GDP per capita almost 100 times the one for Rwanda, it should be noted that as a latecomer would not allow Rwanda to completely follow the same route as Finland. But being a latecomer has its advantages too. Rwandan’s creativity can be its ability to create hives of collaboration and innovation between public, private and research & development institutions. In other words, dynamic clusters around its natural-resource based economy. This is a lesson Rwanda can learn from. Your new National Science, Technology and Innovation policy and the establishment of the Rwanda Innovation Endowment Fund (RIEF) are necessary steps creating an environment in which government policies and institutions as well as corporate strategies mutually shape each other to support the country’s economic and institutional transformation.

Let me turn to the speech delivered by the famous leader of Singapore, Lee Kwan Yew, in the historical day of the country’s independence in 9 August 1965, and I quote:
“Every time we look back on this moment when we signed this agreement which severed Singapore from Malaysia, it will be a moment of anguish. For me it is a moment of anguish because all my life … you see, the whole of my adult life … I have believed in merger and the unity of these two territories. You know that we, as a people are connected by geography, economics, by ties of kinship”.

He was apologizing for not succeeding in keeping Singapore in Malaysia, in tears, but also with some rage. He knew that a new country without natural resources, no real economic activity apart from a port used for opium trade, and mammoth hostile neighbors would be difficult to govern.
I will not dwell much on the Singaporean example since it is already a reference for Rwanda. I would only like to highlight the role of leadership in creating “a wonder out of a tear drop.” The force that mobilized a nation from rejection solidified the determination of the nation to change the course of its history and its people. Without making the historical mistake to compare 1965 to 1994, I still believe that there are similarities between Singapore and Rwanda. Just like here, good governance was a foundation to Singapore’s economic transformation. Lee Kuan Yew led Singaporeans into rough waters thus embarking on a route less travelled to deliver economic and social transformation. The government had to transform Singapore from a re-export economy under the colonial regime to an export economy. Unlike Hong Kong and Taiwan, there was no exodus of entrepreneurs from China, there were no domestic savings and regional markets were likely to impose trade barriers to help their own industries. Singapore addressed these challenges by building its manufacturing base through Foreign Direct Investment. In addition, domestic savings were mobilized through the compulsory Central Provident Fund very much like Rwanda’s Agaciro is trying to do. Who could have imagined that Singapore would become the largest Asia port, have the most profitable airline in the world and beat Switzerland has an attractive financial market. Can Rwanda emulate this remarkable example? In many aspects the discipline and determination that made Singapore are legendary. Singapore had its own governance models and standards and never allowed anyone to teach them lessons about what would work. They were severely criticized, paid a price from the very beginning, but at the end, they had the last laugh.

Just like Uruguay in South America, nestled between two giants, Argentina and Brazil, Rwanda has huge neighbours demographically and geographically. When Uruguay suffered the spillover effects from Argentina economic troubles, between 1999 and 2002, its economy contracted by 11 percent; and unemployment climbed to 21%. In response to the magnitude of the challenges, the government of the Frente Amplio (Broad Front), in power since 2004, adopted a blend of investor-friendly policies coupled with redistributive social programmes. The economy subsequently grew at an impressive annual rate of 6.7% during the 2004–2008 period. Uruguay’s exports markets have been diversified and in 2005 the country became the largestt exporter of software in South America. Initiatives to change the social fabric are being implemented. For instance, the government instigated a US$240 million National Plan to Address the Social Emergency (PANES), providing a US$75 monthly conditional cash transfer to over 100,000 households in extreme poverty. The combination of progressive social policy and the adoption of an investment-friendly macroeconomic framework contributed to current growth of 5.7 per cent over the past decade, a considerably more robust rate than Argentina and Brazil. Part of the success was attributable to Uruguay offering what the giants could not: predictability, easiness and reliability of a first class public service. The country turned its peaceful and security environment into an attractive call for investors looking not to its market but to its neighbors.

Much of the success achieved in Rwanda hinges on the power of its ideas, self-reliance, resilience, as well as on the forging of homegrown and innovative solutions that are now globally known, such as Gacaca, Imihigo, Abunzi, Ubudehe, and Girinka. As Rwandans deservedly celebrate the current achievements, the new challenge is how to enter into a higher development gear, which is needed to reach the 11, 5 per cent GDP/year growth target stipulated in its plan.

Though the winds may not be favorable, the National Dialogue process offers a unique opportunity to fully explore possibilities for a dynamic change in Rwanda’s fortunes. The magnitude of the shifts into higher growth sectors such as industry and services need to accelerate. Policies such as those implemented in Finland could see Rwandan minerals follow a transformation path as the forestry sector did in Finland. Finland exemplifies the learning organizational model in which institutional environments mold the functioning of the economy, the manner in which economic agents go about running their businesses, and the nature of their interaction. Singapore shows adversity is the beginning of a journey, not its end. Uruguay shows that small can indeed be beautiful in many unsuspected ways.

A national dialogue contributes to the development of institutional arrangements and social compacts between the governor and the governed. To be successful and endure the test of time, these societal changes must be rooted in Rwanda’s cultural, political and economic history. In this respect, it is for Rwandans to define the economic transformation that will make it an industrialized nation. This has already been very well articulated in Vision 2020 and it is supporting planning and strategic frameworks. In defining this transformation, Rwanda like Finland, Singapore or Uruguay ought to identify which key choices should shape a prosperous future for all. In the pursuit of structural transformation.

The scale of the trade imbalance in Rwanda is still large. To inverse the trend, Rwanda need to master smart protectionism and take advantage of trade opportunities in regional markets with full cognizance of the pitfalls ahead. The Northern Corridor is a good bet. The same could be said of Rwanda’s overall strong regional integration agenda. But beyond the regional market, Rwanda ought to look at emerging markets by investing in knowledge generation of value chains that it seeks to enter.

Being a developmental state is to be strategic. This means that the Government has transparent and adequate control over the geographical territory and demonstrates strategic visionary capacities. This also implies regular consultations with the people, who need their voices to be heard in policy-making and budgetary resource allocation.

Strategic leadership, strategic management and enterprise performance are pillars of Rwanda’s transformation. In addition, the application of principles of good governance rooted in Abunzi, Ubudehe, Imihigo and Umuganda give a unique Rwandan touch to the relationship between governed and governor. The governed, in their contribution to Rwanda, have to use their judgement to make the process rest on a creative exchange for improvement. Diligence, motivation, commitment from leaders will create and maintain environments that boost these qualities. Leaders have a responsibility to increase their level of competency in order to contribute to the learning environment that made other nations succeed and prosper. In this respect, national dialogues as an accountability framework represent an honest assessment of the principles that guide the relationship between governor and governed. Finally, courage and faith are required as the expected results may not materialize in expected time. It can take generations to achieve structural transformation. To withstand the test of time and to stay the course, it requires a solid social compact between the governed and the governor. Experiences from Finland, Singapore and Uruguay show success is an individual and collective responsibility.

Every country has to discover its path to development by identifying the most valuable asset in each moment of its transformation. Predictability can be more valuable at a point, inclusivity on another, safety yet on another and so on. Many ingredients make a successful development experiment, but it is not a zero sum game. It is complex. It is unique. Rwanda has been demonstrating it knows its way.