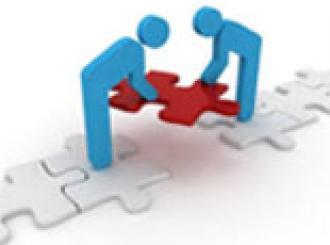 Africa- a new era for partnerships with the south

The economic weight of Southern actors at the global level over the last two decades has been unprecedented in speed and scale. Whilst growth levels of western economies plummeted following the 2008-2009 financial crisis, developing economies continued to grow at high rates, largely driven by a variety of factors, including sound industrial policies and investments in human, physical and technological capacities. Countries of the South have been transforming their economic bases slowly but surely from large agrrian sectors to more diversified economies with large manufacturing and modern service sectors.

For the first time in 150 years, the combined output of the developing world’s three leading economies—Brazil, China and India—is about equal to the combined GDP of the longstanding industrial powers of the North—Canada, France, Germany, Italy, United Kingdom and the United States (HDR 2013). This represents a dramatic rebalancing of global economic power: In 1950, Brazil, China and India together represented only 10% of the world economy, but it is estimated that by 2050, they will together account for 40% of global output.

The impact of this shift is also evident in demography and social development. The absolute number of people in the South means that the middle class will continue to grow in size, income and expectations. Rapid economic growth and poverty reduction, especially in China, have led to a decline in the number of poor by $158 million between 2000 and 2011. Investments in technology and innovation have led to Southern economies sometimes outpacing Northern counterparts in technological entrepreneurialism and manufacturing capabilities, producing complex products for developing markets. As part of the rising South-South trade, the share of developing countries’ capital goods imports from other developing countries has increased steadily, from 35% in 1995 to 54% in 2010, rendering developing countries as the major source of capital goods for other developing countries.

Challenges and opportunities for Africa in the new global economic context

Africa economic fortunes seem to be no different. Since 2000, Africa’s growth has been robust, with the continent showing resilience and recovering very quickly from the global financial crisis. With an impressive growth rate of 5% in 2012, the continent is projected to be the fastest growing by 2014 and 11 out of the 20 fastest growing economies globally will come from Africa.

These changes are not only limited to the economic arena. With labour force set to reach 1.1 billion by 2040 and adult and youth literacy rates set to approach 100% by 2063, the continent’s human resource endowment will play a major role in realizing its economic potential, provided it can properly address the needs for a demographic dividend.

Inspite of these achievements, challenges continue to persist on the continent- extreme hunger, youth unemployment, and underlying structural causes of poverty – detract Africa from making the most of its current growth. The continent seems, nevertheless, to be attracting increasing levels of foreign direct investment from southern partners such as Korea or Turkey. Indeed the highest investor stock in Africa is from Malaysia with US $19 billion followed closely by South Africa with US $18 billion. In 2011, the rate of return on inward FDI in Africa (9.3 per cent) was the highest compared to other regions of the world. The world average was 7.2 per cent, with 8.8 per cent in Asia, 7.1 percent in Latin America and Caribbean or 4.8 per cent in developed economies.   Africa is therefore slowly but surely shedding its image as the poster child of poverty and destitution to being the new place for investors to be.

Partnerships with other southern countries are increasingly important. Africa can learn from the successes and failures of these countries and use them as building blocks to craft its own development. For example, the Brazilian Bolsa Familia Programme, which was implemented under President Lula da Silva, used cash transfers to alleviate poverty linking social development, economic improvement and education in a wide reaching process that eventually took 50 million people out of poverty. While land productivity in China, Brazil and India has grown respectively from 1.21, 1.35 and 0.95 tons per hectare to 5.52, 4 and 2.53 respectively over the past fifty years, Africa’s land productivity is stuck at 1.5. Africa’s increasing ties with the South are particularly important also in view of the debt crises in Europe, the slow recovery of the world economy and the increasing signals for investors to reduce their exposure to hedging markets in light of reduced quantitative easing.

Although creating partnerships with other developing countries starting as far back as the 1955 Bandung Conference is not new, these relationships were more political. At the end of the cold war Africa started new partnerships arrangements with the South, driven primarily by economic rather than political considerations. The fact that Africa’s total merchandise trade with the South (excluding intra-African trade) increased from US$34 billion in 1995 to US$283 billion in 2008, representing a third of all of Africa’s total trade, is an attestation to this.

Africa must however be aware of the challenges and disadvantages that may accrue as a result of opening its borders to its partners. Many studies have shown the negative impact of cheap goods flooding African markets and killing African fragile industries.  A recent study done by the African Economic Research Consortium on China’s trade relations with Mauritius for instance found that cheap imports have benefited consumers but that more significantly, Chinese import competition has caused heavy losses to local industry in Mauritius, with small firms and those in sectors such as garments, footwear and furniture experiencing a loss of market share. Similar findings came to light in a study of China-Nigeria investment relations.

To ensure a win-win situation, Africa needs to carefully devise new partnership arrangements with developing countries. Whether on a country by country basis, through the Regional Economic Commissions or at a continental level, it is imperative to design a workable plan for engagement with partners. The world is not waiting for Africa to put its house in order. In 2006, China released an official China-Africa policy white paper, which covered a broad range of topics on which China will engage with Africa from aid, debt relief, the promotion of Chinese culture and language, tourism and alliance building. It was the first of its kind in China’s diplomatic history with Africa, and it embodied Chinese long-term plan of enhancing all-rounds cooperation with Africa. Through it, Beijing presented the world that the objective of China’s African policy is to ‘establish and develop a new type of strategic partnership with Africa’ on the basis of advancing the fundamental interests of both sides. Following up on this, on the 50th anniversary of the start of diplomatic relations between China and Africa, in 2012, another policy paper was issued that strengthened and tightened the role of partnership between these two developing nations.

Africa must also do same. African countries need to ensure that partnership with developing countries work for Africa’s transformation agenda. This has to be within and complementary to existing national and regional policies that promote integration. Regional bodies such as the African Union must work as forums to reach binding agreements amongst member states for a standard set of requirements for foreign involvement on the continent, whether with new or traditional partners. This collective action can also be leveraged, for example, to open up greater policy space for industrial investments that were utilized by the Asian newly industrialized countries during their economic transformation.

In this regard, Africa’s engagements must be articulated and managed in the context of a comprehensive development strategy for economic transformation. A clear transformation agenda that enables Africa to shift from a largely agrarian society with acute dependence on primary resources towards an economic model based on industry and modern services, with significant employment generation and a more equitable distribution of income. To achieve this, Africa must prioritize its interaction with traditional and emerging partners, articulate its needs in infrastructural development, education and training, health, finance and other critical areas.

There is a win –win situation to be achieved. Africa has the natural resources, the land, the man power and increasingly the markets that are and continue to be of strategic interest to the emerging economies of the south. On the other hand, partners can provide the technical and expert assistance to address Africa’s growth challenges.  The story of the Asian tigers rise from low income countries to high and developed countries is of course relevant to Africa. Through a system of state planning, favourable interest rates for loans to specific exporting industries, major government investments in education, maintenance of export-led regimes and low taxes, among others, they charted a path to rapid industrialization.

The good news is that the increasing trends in development cooperation between Africa and its partners present the right opportunities for such enhancing growth to fuel an economic transformation. Africa’s key priorities in this regard should be identifying the means of cooperation with partners that have the greatest potential to foster its transformation, provide sufficient domestic investments to complement this cooperation, and engage external partners collectively in order to maximize the benefits of such cooperation.

The South Africa – China Comprehensive Strategic Partnership presents a model agreement whereby China will increase investment in South Africa’s manufacturing industry and promote the creation of value-adding activities. Such investments can focus on value-addition as a means to guide interest in Africa’s natural resources to productive activities that yield a greater portion of global value chains for processing within Africa.

As the availability of loans and financing from external emerging markets increases, Africa must ensure that new borrowing finances projects with significant employment-generating potential in order to absorb the increasing number of young people entering the labour force. The policy environment in Africa must ensure a stable and low-cost business environment conducive for investment, in order to attract jobs that are anticipated to relocate away from the rising labour costs of Asia.

Enhanced regional integration and a common vision and a comprehensive framework for engagement with traditional and emerging partners are critical for the continent to make partnerships work for the benefits of its people and to address potential challenges of such cooperation.